U21: Macedonia won against Montenegro with 1:0 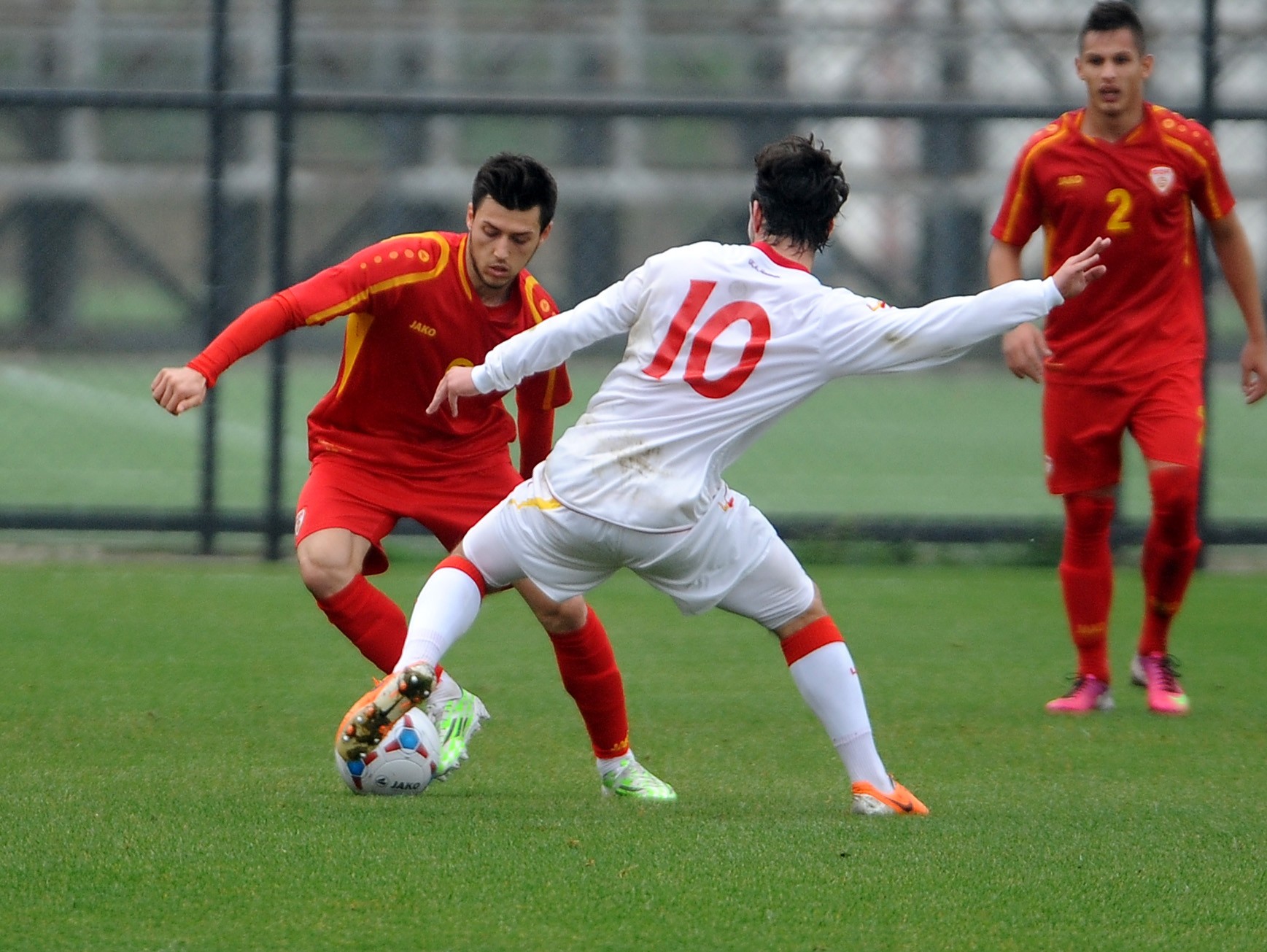 The Macedonian U21 team celebrated victory against Montenegro with 1:0 at the friendly match played at the “House of Football” complex.


Gjoko Zajkov scored the winning goal at 38’. The players led by Blagoja Milevski celebrated a deserved victory, had control of the game, did not give the opponent a solid chance to score and executed the tasks we set before the match. In the first half David Babunski and Marjan Radevski had a chance to score. Zajkov scored the winning goal with assistance of a corner kick by Enis Bardi. In the second half Filip Pivkovski had the best chance to double the lead, but he failed. Montenegro had several attempts to score, but failed to deliver a successful chance to level the score. The Macedonian team played smart, disciplined and ultimately deserved the win against Montenegro. For Blagoja Milevski, this is the second win in his coaching position. The first win in his debut match as a coach of the young team happened against Romania at the National Arena.

- We deserved to win, overall I think we were the better opponent. I am pleased with our approach, with the aspiration and motivation of the players, with the execution of assigned tasks. At the preparations in Ohrid we were working on overcoming our weaknesses, especially in our defensive lineup that we detected at our previous match against Romania, and I think for the most part we were successful. Montenegro showed that they have a great team, maybe even better that the one from Romania. I congratulate all our players, they are responsible for this win. We still have a lot of things to do to further improve our game, and only by hard work, good scouting and choosing the right players we will be successful in the future qualifying matches.” – stated the team coach, Blagoja Milevski.