The Macedonian U16 Team won against Montenegro with 1:0 while visiting in Podgorica at the first qualifying match between the two teams 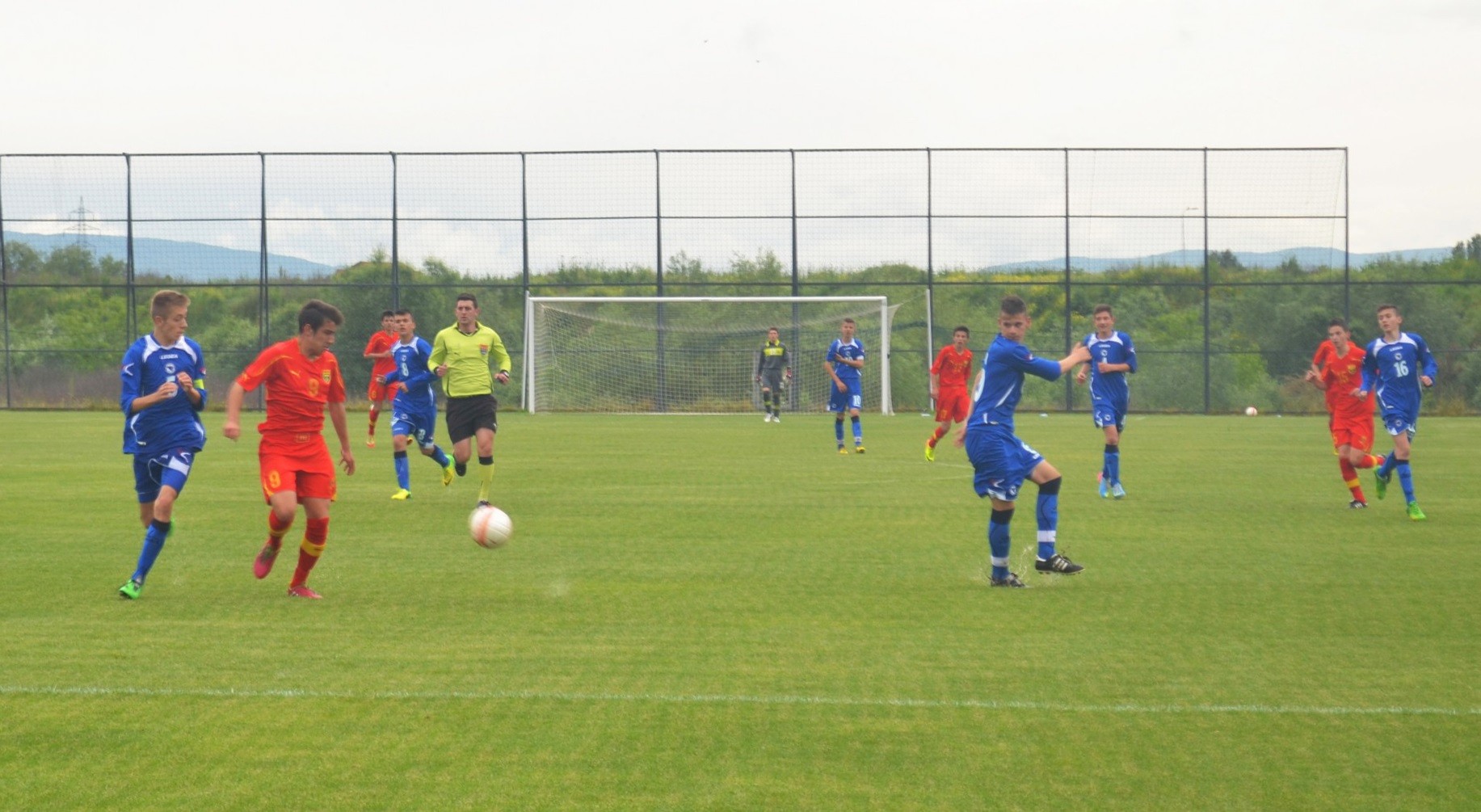 Hristijan Trapanovski scored the winning goal at 55’. Our team led by Vujadin Stanojkovikj played a great game, especially in the second half, where they created a few great chances to score. Delevski and Manevski had the best chance to score a second goal for our team, but in the end the young player from Pandev Academy, Trapanovski, was the only one that scored for our team which also led to our victory.

-“We played a good game in the first half, the mid-fielders were great, we didn’t have any mistakes and we didn’t let the opposing team score. We showed a great technique in the second half, we played at a high level and in the end we had our well-deserved victory. I hope that the players will play at this level at the match in Bar.”-stated Vujadin Stanojkovikj.

The second qualifying match between the two teams will take place in Bar, on Wednesday at 11:00h.