Stanojkovic – I believe in the team, Ciric – We are creating a new generation 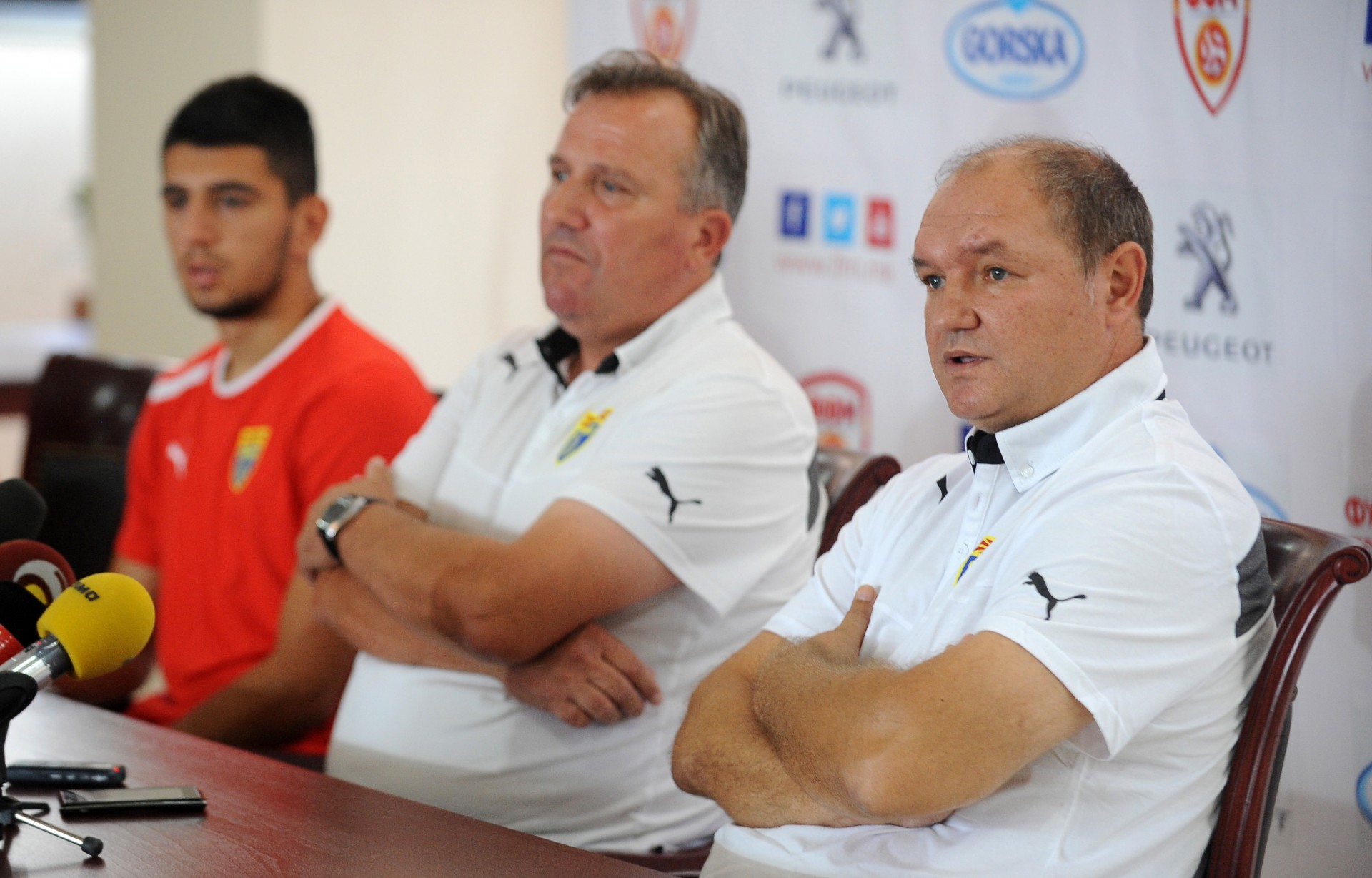 The Macedonian U21 national team had their first gathering before the qualifying match against Israel today. The game is scheduled for 13 August – Wednesday at 20.00 h. on the National Arena Philip Second in Skopje.


At the press conference, the acting national coach, Vujadin Stanojkovic gave information on the preparation of the team, on the expectations, as well as the goals for the game against one of the strongest teams in our qualification group for the U21 Euro in 2015.

-  For me it is a great honor to be one of the leaders of the U21 team. I know that we have a good team and if with the right motivation we can fulfill the objectives and have a positive result. As a man of football, I have to be optimistic. Israel is a strong team, their results in the group speak for themselves, but we have to try and impose a winning mentality. The results in these two remaining games in the qualifications will give us an idea on the players that we can rely on for the next cycle. I expect them to  respect the tasks required from them, to prepare to our best capabilities, and to give our maximum in the match against Israel. I believe in the team, despite the fact that we cannot count on some of the players, stated the U21 manager, Vujadin Stanojkovic.

The new Red Star – Belgrade player, Daniel Avramovski stated that the latest changes in the team can prove to be positive, and that he hopes for a good performance and good support for our U21 team.

-  I expect a good game, we are working under a new manager and it is our task to respect the ideas of the technical staff. Israel is a strong team, but I think that we are going to present our country in the best light. For us it’s also important to score a good result, stated Daniel Avramovski.

The technical manager of the U21 national team, Sasha Ciric also had a statement for the press conference.

-  I have excellent cooperation with FFM, and this cooperation is now official. I hope that together we are going to make a great contribution to the development of Macedonian football. My basic task is to make a link between the players in the team, the technical staff and the football federation. We are going to follow, scout, and contact the players that are in the team already and those that have a potential to be part of the team in the future. I also hope that the draw for the next qualifying cycle is will be good for us and that with our efforts and some luck we will be able to achieve much better results. We are starting to create a new generation already on Wednesday, stated Sasha Ciric.

The Macedonian U21 team is going to have a training session tonight at 20:00 at the House of Football Complex, and tomorrow they will have the official pre match training at 20:00 h. on the National arena Philip the Second.