UEFA is postponing EURO 2020 for 12 months. Macedonia will compete for European Championship place in early June 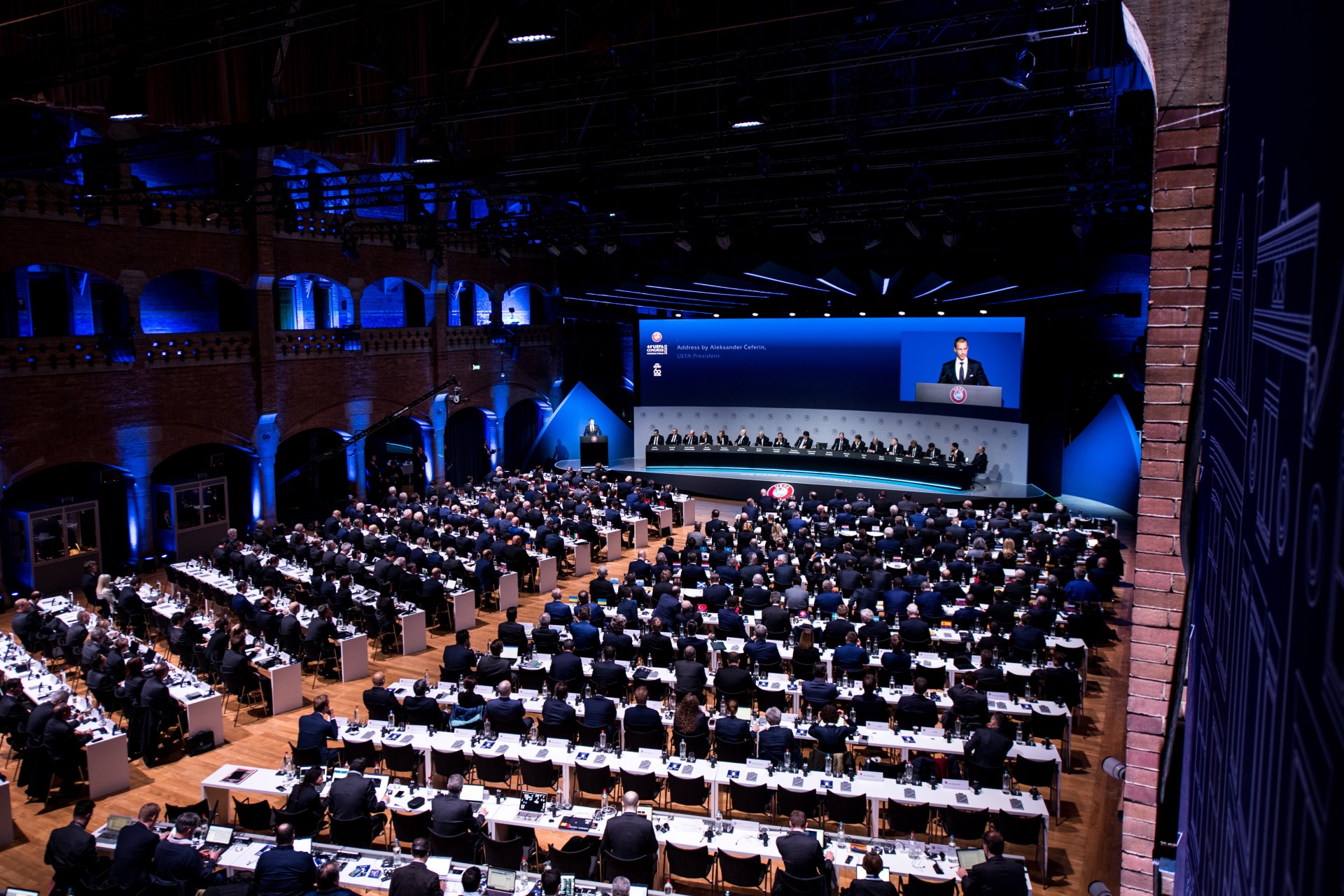 Announcement following today's video conference of UEFA and the leadership of the 55th member of the European Football Association.

Priority is given to completing home competitions in an unprecedented UEFA solidarity move. Working groups have been established to examine the possibilities of competing in the UEFA Champions League and Europa League for this season.

UEFA today announced the postponement of its biggest national representative UEFA EURO 2020 competition, due to take place in June and July this year. The health of everyone involved in the game is a priority, as well as avoiding unnecessary pressure on the national public institutions involved in organizing the competitions. This delay will help complete all domestic competitions currently in disruption due to the COVID19 crisis.

All UEFA competitions and matches (including friendlies) for national representative teams and clubs will be suspended until the next announcement.

Play – offs for the UEFA EURO 2020 and international friendly matches scheduled for late March will be played at the international competition dates on the beginning of June - after an assessment of the situation.

A working group that included representatives of leagues and clubs was established to rethink the calendar's possibilities of ending the current season, as well as assess other possible consequences of today's decisions.

The decisions brought by the UEFA Executive Committee were brought after video conferencing meetings with the presidents and general secretaries of the 55 member associations, as well as representatives of the European Club Association, the European Leagues and FIF Pro Europe, held by UEFA President Aleksandar Ceferin and with aim to come up with a clear plan to avoid cluttering up of the matches at the same time as a consequence of the spread of the virus across Europe.

"We are at the forefront of a sport for which huge numbers of people live and which is grounded by this invisible and fast-moving opponent. It is at these times that the football community needs to show responsibility, togetherness, solidarity and altruism. "

"The health of the fans, staff and players must be our top priority and in that spirit UEFA has given more opportunities for this season's competitions to end safely, and I am proud of the response of my European football colleagues. The true spirit of cooperation was felt, where everyone agreed that something had to be sacrificed to achieve the best result.

It was especially important for UEFA to lead this process as the leading body of European football and thus to make the biggest sacrifice. The postponement of EURO 2020 will be a huge cost to UEFA, but we will do our best to continue the vital financing of grassroots activities, women's football and football game development in our 55 member states, which will remain unchanged. The goal before profit was our guiding principle when making these decisions, for the sake of European football as a whole.

Football is the moving and powerful force in society. And the idea of ​​organizing a pan-European festival on empty football stadiums, with abandoned fan zones while the continent is in home isolation, is sad and unacceptable in a year when we should celebrate the 60th anniversary of the championship.

I would like to thank the European Club Association, the European Leagues and FIF Pro Europe for their excellent contribution today and for their cooperation. I also want to thank the presidents and general secretaries of the 55th UEFA members National Associations, as well as my colleagues of the Executive Committee for their support and wise decisions. The details will be worked out in the next few weeks, but the basic principles have been agreed, which is a big step forward. All of us have shown that we are responsible leaders. We have shown solidarity and unity.

I would also like to thank Alejandro Dominguez and COMNEBOL who have agreed to move Copa America 2020 to comply with recommendations issued by international health organizations to trigger extreme measures and as a result of the postponement of EURO 2020. This mean, that clubs and leagues in Europe will have as little disruption to player availability as possible. These common efforts, and in particular these coordinated and responsible decisions, are appreciated throughout football Europe.

I would like to thank FIFA and President Gianni Infantino who said he would do whatever it takes to make the new calendar functional. Facing this crisis, football has shown its brightest side through openness, solidarity and tolerance.

UEFA wants to tell those who have already bought tickets and VIP packages that if they cannot attend the tournament in 2021, the value of their tickets and packages will be fully refunded. More information on the refund process will be published next month via ticket buyers' email addresses.

Decisions to play other UEFA competitions (club, national, men's and women's) will be made and published in a timely manner.