The women's national team U19 presented itself in an excellent edition of the tournament in Slovenia. Astrit Merko: We are moving in the right direction 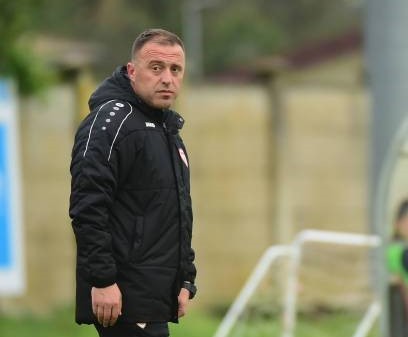 The Macedonian women's national team under 19 with two victories (Liechtenstein and Moldova) and a minimal defeat by Slovenia ended their performance at the tournament in Slovenia for placement in Group A of the UEFA development tournaments.

Our young women's team presented itself in an excellent edition of the three matches, and the selector, Astrit Merko, expressed satisfaction with the game of the Macedonian national team.

- "We only needed a goal from the numerous chances we made against Slovenia to pass this phase and qualify for Group A." We played a great tournament, we achieved certain victories against Liechtenstein and Moldova, but in the direct duel with the host Slovenia, unfortunately we did not use the chances. We dominated the match.

I am satisfied with the commitment, struggle and perseverance shown by our girls. I am convinced that better times are coming for Macedonian women's football. In this group, several girls are seriously imposed who will be a significant part of our best representation in the future. "Preparatory matches are expected in June and August (duel against Romania), and that is a new good chance to confirm the quality of this selection."