The Super Cup Trophy with the youngest ones - PHOTO 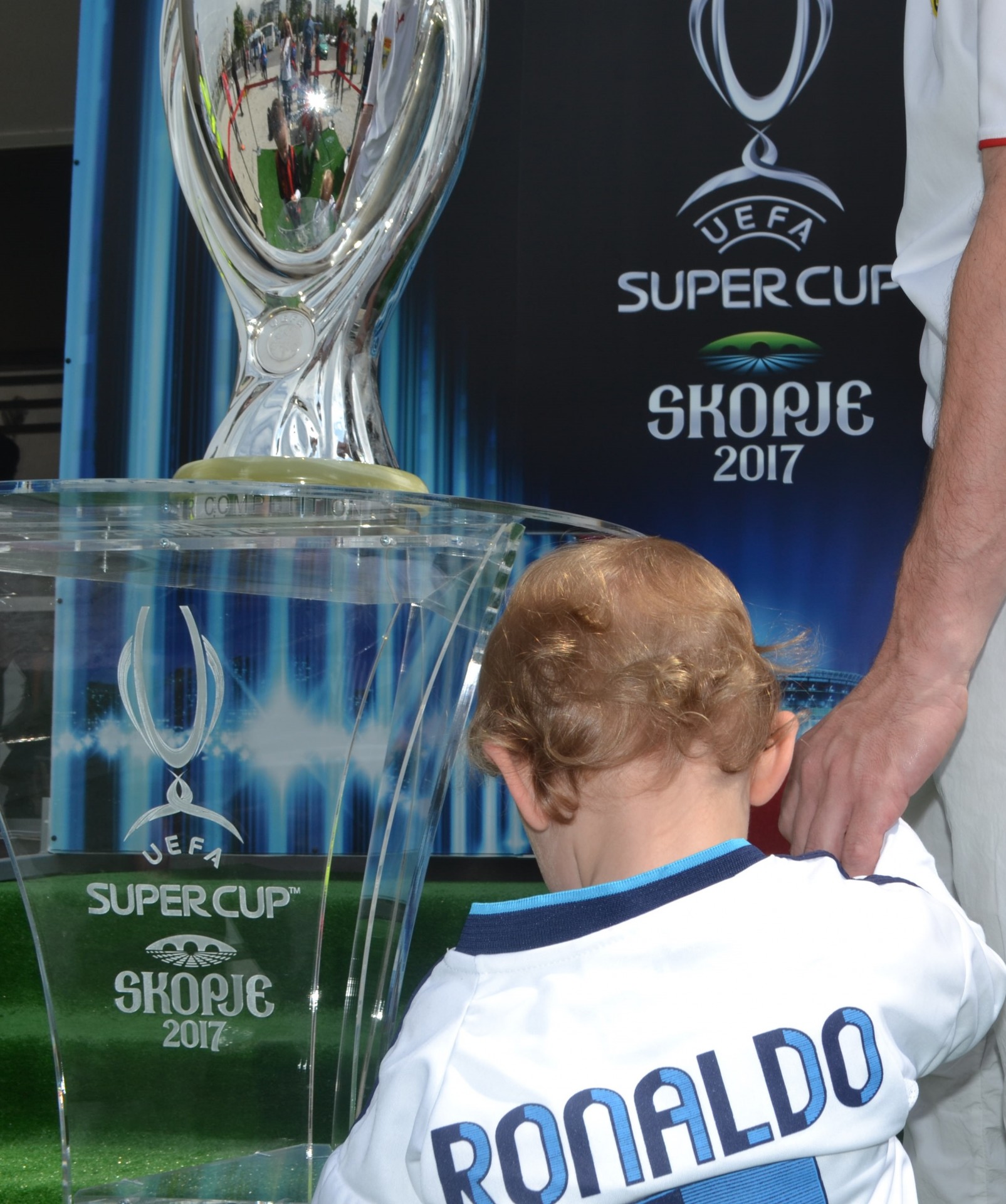 Teams from all over Macedonia that play for their place in the final tournament in the FFM Children's Leagues had a chance to take a photo with the UEFA Super Cup Trophy today, before they play their last games for the season.