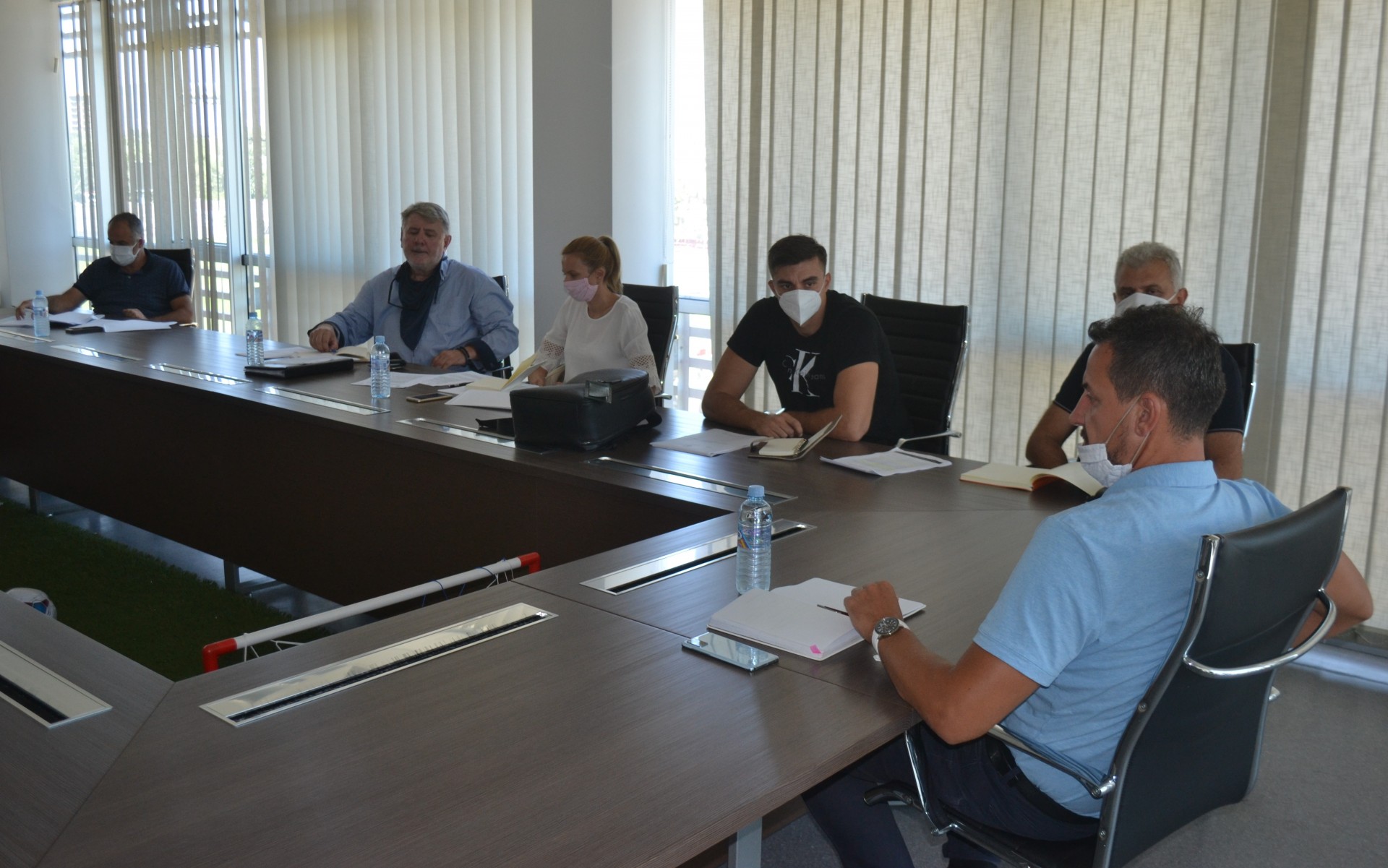 The General Secretary of the Football Federation of Macedonia (FFM), Filip Popovski initiated a working meeting in the "House of Football" with representatives of the largest sports associations in our country. The meeting was attended by the first operatives of KFSM and OFM, Vladimir Georgievski and Zoran Karanovic, the representative of RFM, Slave Nikolov, as well as the commissioners for competitions in our four largest federations.

The main topic of the meeting was the health protocols for sports competitions and the challenges faced by the organizers of the competitions in anticipation of the new competition season, and are directly related to measures to protect the health of athletes and sports workers.

Ahead of the start of the new competition season and the representative qualifiers, the federations have already prepared their own health protocols approved by the relevant institutions, but the essential remark shared by the participants is the different interpretation of testing and possible confirmation of SARS-CoV virus. 2 (Covid-19) in athletes who have performed testing and the manner and procedure for eventual quarantine or self-isolation of individuals, ie a group of athletes.
The Secretaries General of the National Federations agreed that one of the important initiatives that the federations will propose to the competent institutions is the establishment of a special, professional body within the state body of sports, whose responsibility would be to communicate, face and solve the challenges and problems. face federations and sports teams in a pandemic, all in order to start national championships on time.

- For us, as the Football Federation of Macedonia, it is extremely important to start the new championship according to the schedule, because from next month we will be organizers of a series of international matches of the national teams, and the teams are expecting matches from European cups. FFM has been preparing a protocol for football matches since March, the clubs are already working on the trainings and control matches according to that health protocol, but the procedure regarding the trips abroad and the return of the teams and national teams to our country remains unclear. What is important to note is that we in the competition proposals will bring special remarks related to the health challenge that we all face, said Filip Popovski, General Secretary of FFM.

The representatives of the basketball, volleyball and handball federations pointed out that the situation they are in is probably more complex because the matches are played indoors, but shared almost the same problems they face in terms of testing players and officials, as well as trips abroad. from the state for club and national team matches. They expressed hope that state institutions should find a way to be both logistical and even financial support in terms of starting competitions and testing teams.

The conclusions of the meeting will be presented to the health authorities in our country and to the state body for sport.