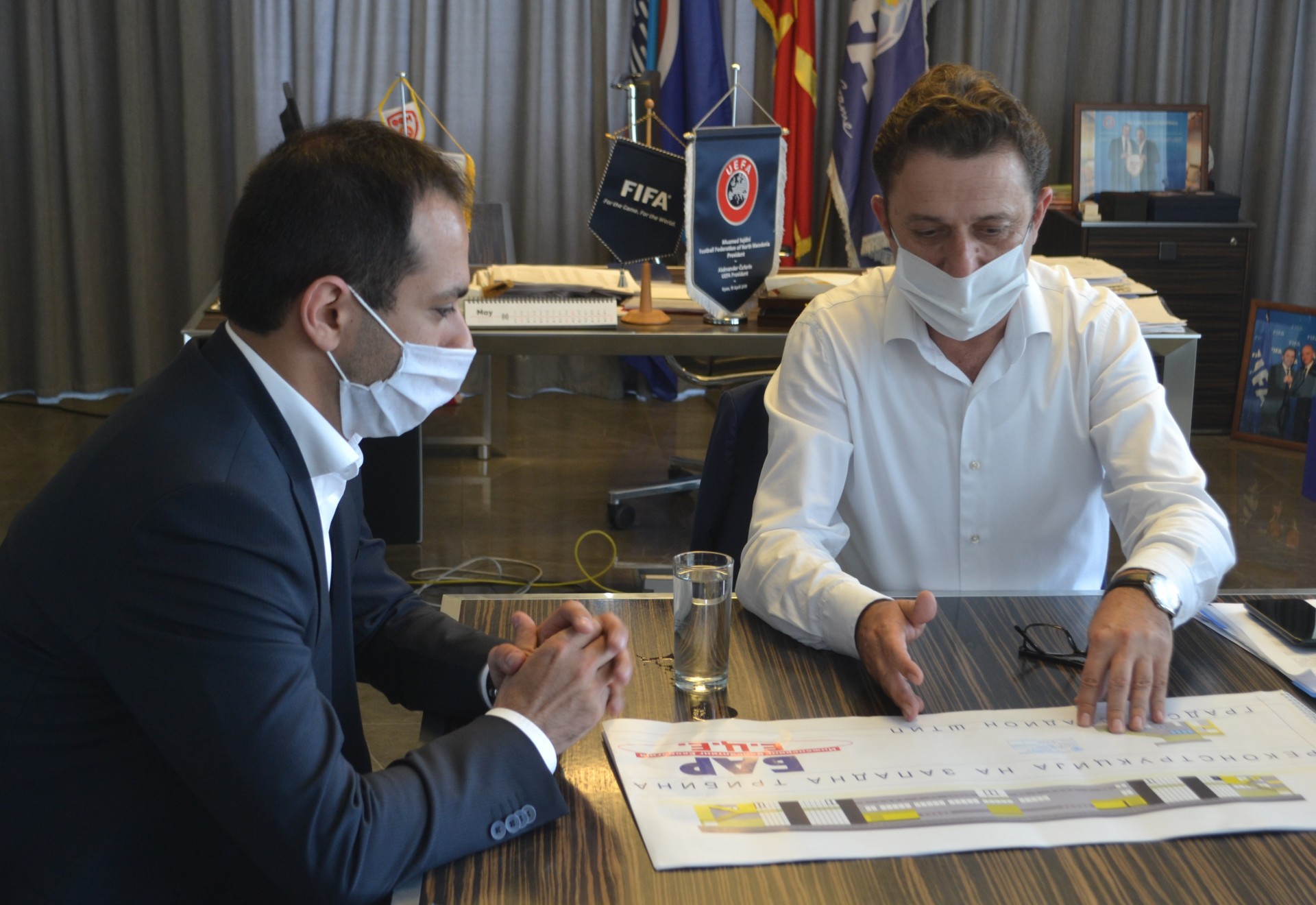 The Football Federation of Macedonia in cooperation with UEFA continues the projects for reconstruction of the football infrastructure in the country. The plan and intention of the Football Federation of Macedonia is for the funds from the "hat-trick" program of UEFA, as well as other funds from similar funds of UEFA and FIFA, to be aimed at improving of the conditions of stadiums in our country, in order competition season 2021to welcome Macedonian Football League clubs at reconstructed stadiums so that players can get maximum playing conditions and spectators on the stadiums and front of the TV screens to enjoy in football.

During this period, ongoing construction activities are taking place at the stadiums in Cair, Ohrid, Prilep and Bitola, and for our "House of Football", one of the important projects in the coming period is a complete renovation with the construction of two new stands at the city stadium in Stip.

The President of the Football Federation of Macedonia, Muamed Sejdini, together with the Vice President, Lazar Rakidziev and the member of the EXCO from Municipal Football Association of  Stip, Dimitar Dzonov held a working meeting with the Mayor of Stip, Blagoj Bochvarski on which they agreed on important issues and concluded that the City and the Federation will deepen their cooperation in the common interest, which primarily means development of football infrastructure in Stip and full reconstruction of the stadium of FC Bregalnica.

-  We had a constructive conversation with the Mayor of Stip and I really believe that we can help each other a lot by exchanging knowledge and experience on issues related to the development of football and construction of infrastructure.

I am glad that with Mayor Bochvarski, not only as an architect by profession, but also as an fan of Bregalnica, football is our common language and I am convinced that we can do great things for the stadium in Stip, as one of our biggest football centers. The Football Federation of Macedonia in cooperation with UEFA will build the west stand of the stadium and together with the municipality will be part of the project for construction of a representative stadium with a categorization for matches of the highest rank. With the previous project from the "hat-trick" program, we have already completely reconstructed the field by installing a modern drainage system and lighting, but this is a much larger and more important project. The most important part is still ahead, but I hope that we will do a great job and that we will continue to invest in infrastructure in the future. In the next period, the Football Federation of Macedonia will present in detail all the projects that we will implement in that direction, said the President of FFM, Muamed Sejdini.

-  In the Football Federation of Macedonia we held a meeting with the President of FFM, Muamed Sejdini, part of the leadership of the federation and the owner of FC Bregalnica, Kiril Gogov.

From our side, we informed about the need to build the City Stadium in Stip with a new, representative infrastructure that would be a source of pride for the city and FC Bregalnica, as one of the largest football brands in the country. The project for the new stadium was prepared by the Municipality of Stip, it has already been submitted to FFM, and the federation will review all the technical documentation, will give its suggestions, and then our municipality will issue a building permit.

These are really important steps we are taking for serious growth and development of sports in Stip, as a modern football city that will be an example of a successful sports story in the country and abroad, said the mayor of Stip, Blagoj Bochvarski.