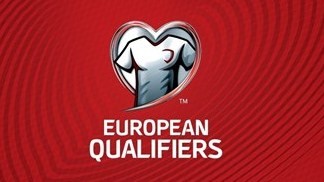 All the matches of Group C, along with Spain – Macedonia (5:1) are now finalized. At the beginning of the qualification cycle for EURO 2016 France, the two other matches in our group had the following results: Ukraine – Slovakia (0:1) and Luxembourg

The Luxembourg team surprised everyone at yesterday’s match. They scored a point hosting the game against the favored Belarus. At the end of the first half the home team scored the winning goal at 43’ with 1:0. Garcon scored the goal for Luxembourg with the assistance of  Da Mota.

The team of Belarus had their struggles, and their many strikes didn’t find the net until 78’. Kalacev assisted Drahun that scored the goal for Belarus. The Belarus team was focused on their defense, not so much on the attack.

The Slovakian team won in the first qualification match at their visit in Ukraine. The only goal at the early stage of the game was scored by Marek Hamshik. He hit a precise shoot form the edge of the sixteen meter box and overcome the Ukrainian goalkeeper Pjaotov.

Ukraine was more dynamic until the end of the game, especially in the second half, but their efforts didn’t result in any more goals. Slovakia kept the lead and gained 3 very important points on their unfortunate visiting game.

This is the official Group C standings after the first round:

At the second round on 9 October, 2014, the following matches are going to be played: