The first evening match in Skopje 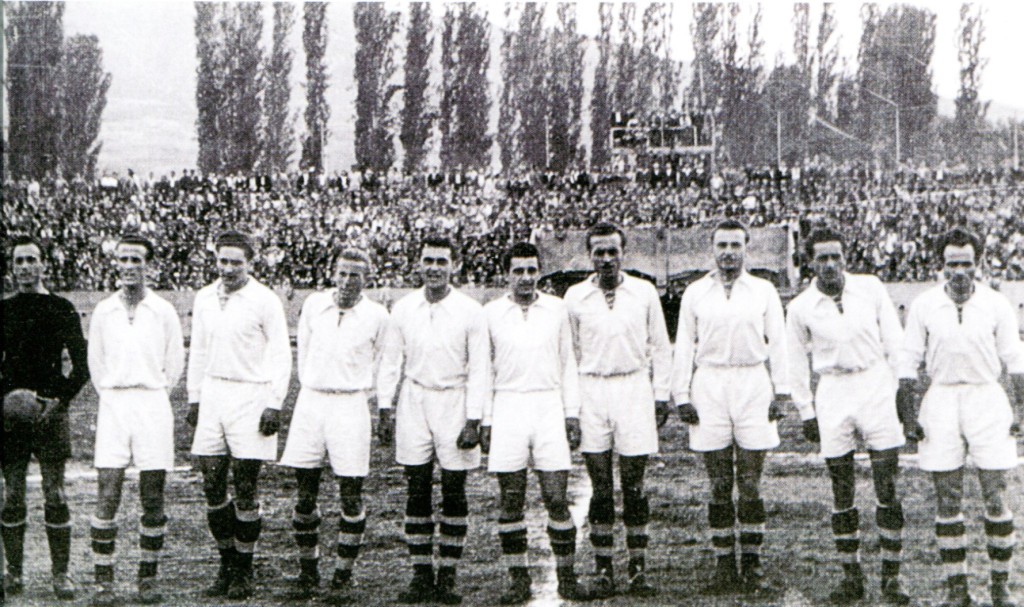 It is certain that all the football fans, especially the younger ones are interested to know when did the first evening match in Skopje occur. Was it on the city stadium in Skopje, or another venue?

According to the documents found on the ageing pages of the only daily news of that time, "Nova Makedonija" the first evening match was played on 20 June, 1946. The few data withness that the match was played between FC Makedonija and FC Rabotnicki (1:0). In that time the newspapers didn't focus too much on football, nor the other sports in that respect. That is why it might be interesting to write a few words on how the match was played, especially because many years later flood lights were installed on the city stadium in Skopje.

To play a night match, first after the liberation of Skopje, was a dream of the football fans in the capital of Macedonia. On the former (and current in that respect) pitch of FC Rabotnicki 14 flood lights with capacity of 1400 and 1600 lux were placed, and they were borrowed from the Macedonian National Theatre (MNT). The theatre was situated on the opposite side of the river Vardar, in close proximity of the sport centre Kale and was destroyed in the devastating earthquake in Skopje on 26 July, 1963. The lampposts for their instalment were owned by the Post, Telegraph, Telephone (PTT), and the Federal Electric Enterprise (FEP) was responsible for the electrical instalments. All this was free of charge - who would ask for money for such a spectacle!

A witness and actor in this first night event in Skopje was the player of FC Makedonija, Professor Stevo Cvetkovic, a player of FC Vardar later in his career. - There were a lot of supporters around the pitch. Although the flood lights were quite strong, still it was difficult to see the ball at some parts of the pitch. The ball was painted bright white before the game, but that didn't help much. It was really interesting, unforgettable, a match that was discussed over and over again, because to play under flood lights in that time was a true attraction.

Savo Cvetkovic cannot recall who scored for FC Makedonija. This information wasn't mentioned in the newspaper Nova Makedonija ether, where only the result was published. In the original newspaper information most of the attention was given to the technical details of placement of the lampposts and flood lights.