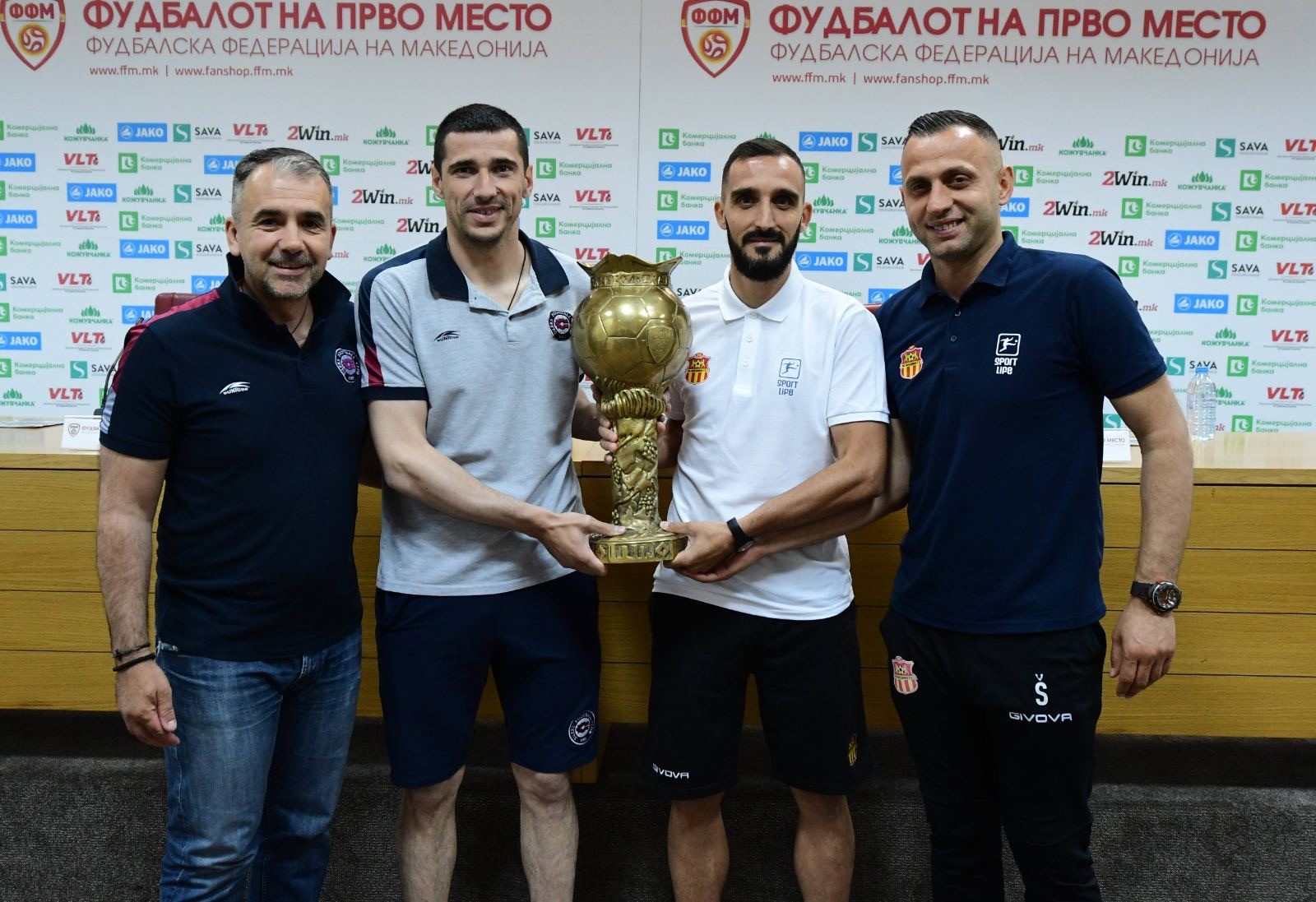 I think we have quality and we can win the trophy. We have great respect for Sileks, a team that is the current winner of the Cup, regardless of the fact that this year they entered the final as a second league. We made a good analysis, we watched more of their matches because we have not had a duel with them for a year. It is a great team, led by a coach with whom they know what they want on the field.

Sileks conditionally took a play in the Second league, so I expect a very interesting match, but I believe in my team. We have quality, for me this is the first final as a coach, I have won the cup twice as a player, I hope now I will succeed as a coach. "Matches like this are not played every day, we have to go out on the field and enjoy."

- "You all know that Sileks dropped out last season, but won the Cup and we are defenders. We are the first runners-up in a final to defend the trophy. As a team we gathered last season, we finished things in the Second League on time and that was our priority. I believe that whoever plays tomorrow will give the maximum. I respect the opponent, until the last round they were in the game for Europe through the league, and so was Macedonia G.P. sees this chance through the Cup.

We have a chance to play for the title, we are here and I believe that football will win first, and we will see who will be better. The favorite role should not be given to anyone, because this is a final and everything is open. However, the opponent has a slight advantage, because they still come from a higher rank. "For me, this is the third final, I won one, I lost one with Teteks, so why not be the third luck?"

- "A big match is coming for us, we have been fighting for such matches all season. We want to crown the season with a Cup trophy. We have respect for Sileks and I can say that we are not by chance in this final. We as a team are ready, we had maybe the hardest way to the final, but we passed them all and here we are. "I know that whoever plays in the final will give the maximum and I want us to win the trophy and bring the trophy after many years in Gjorce."

- Since the beginning of the season, we had a lot of changes in the team. Our team is 95% composed of new players and players, unlike last season. Over time, we played slowly, we made the results we wanted. Our priority was to enter the First League, and we achieved that. "Our challenge was to reach the Cup final, here it is, so I know that everyone will give their best."