Pachovski with plans for the future 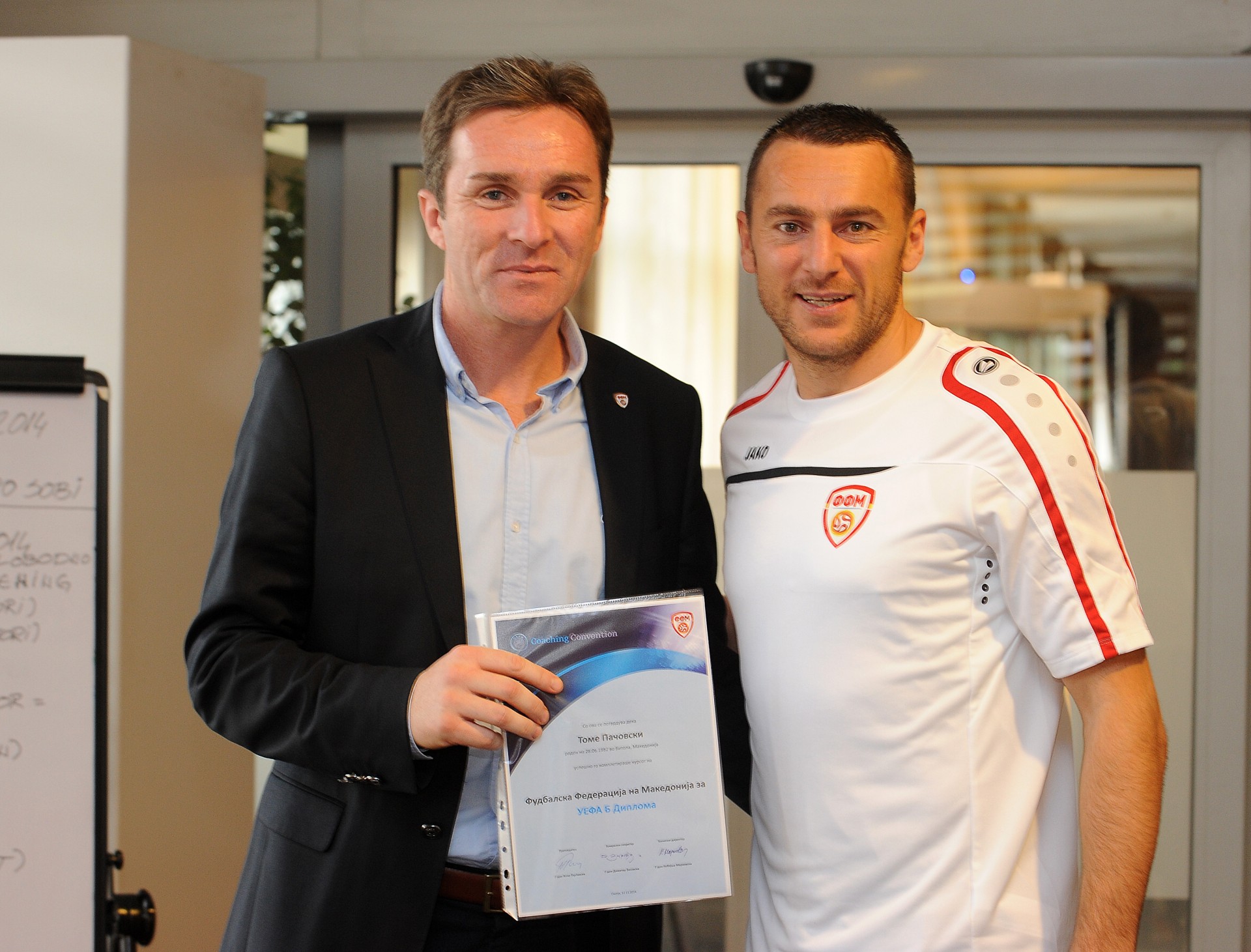 Our National A Team goalkeeper and Captain, Pachovski, during the summer took a course for UEFA B License and successfully completed it. Pachovski officially received the UEFA B License at the meeting before the match Macedonia - Slovakia, in front of all his team mates in TCC Grand Plaza. The President of the Football Federation of Macedonia awarded Pachovski with the UEFA B LIcense.

With this Pachovski shows that he is making plans for the future and his pursuit is again football.

"My choice to pursue a coaching career is very simple, I know everything about the job, I understand it and I hope that after I finish this course I will be able to show everyone that I can be a great coach. I plan to work with young generations, especially goalkeepers. It has been announced that there will be a special course in coaching goalkeepers, and I plan on following all trends and practices in order to keep up. I am grateful to all my colleagues from  FFM and the Coach Education Center with whom I spent the first course form the program."- stated Pachovski.