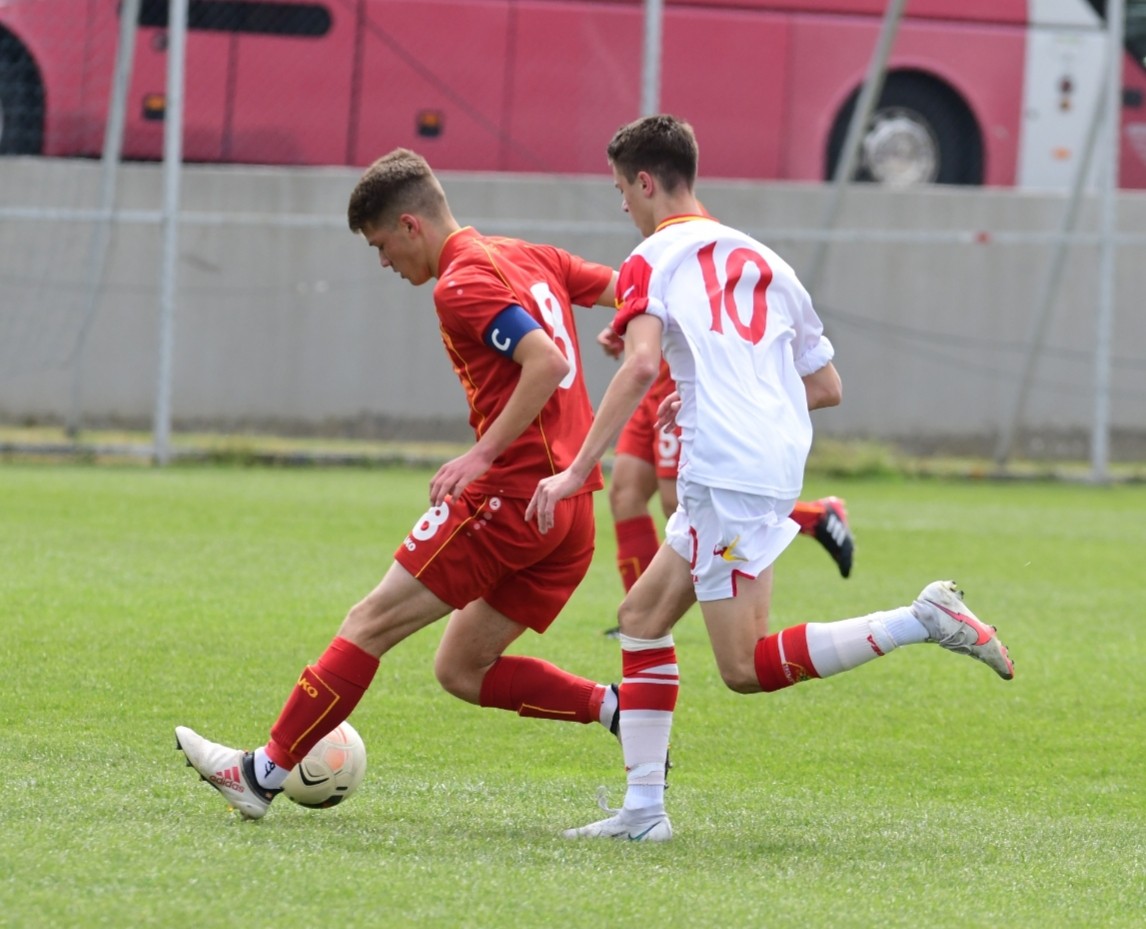 Today, the National team of Macedonia U18 played the first of two control matches against the  representation of Romania.

At the Buftea training center, the team of coach Toni Jakimovski played a draw. Both teams scored one goal each.

After the first 45 minutes, the nets were still. Macedonia threatened several times more seriously after the host's goal. In the 37th minute, Mitrov has a good position, he beat the goal of the opposing goalkeeper. In the last minute of the first half, Saiti missed a good opportunity to score a goal.

Livoreka had a great opportunity, but he missed the goal. Two minutes later, another good chance for Macedonia. Arizankovski's excellent pass failed to be used by Mitrov. The kick of our football player was saved by the home goalkeeper.

In the 73rd minute, Romania managed to equalize the score and make the final score 1:1.