Macedonia U15 celebrated a victory 3:1 against Cyprus 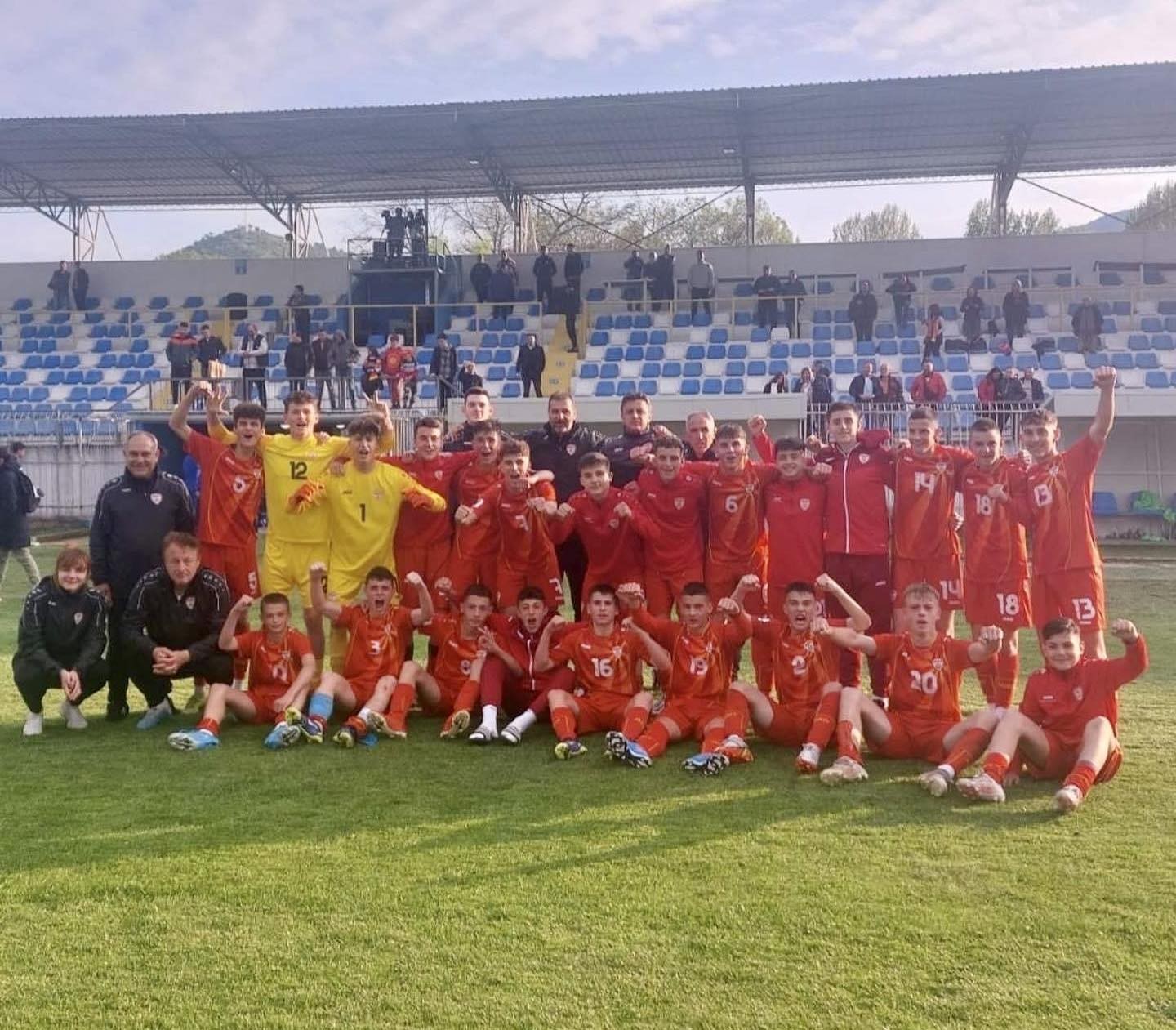 The young national team of Macedonia under 15 in a great match managed to celebrate a deserved victory against the respective selection of Cyprus in the control match played between these two national teams.

At the stadium in Mladost, Strumica, the selected players of the coach Dragan Nacevski played a great match, winning 3: 1.

Macedonia at the very beginning of the match resolutely went on the offensive and in the 3rd minute Luka Makalovski scored for a 1: 0 advantage. Three minutes later missed a great opportunity to increase the advantage. In the 12th minute, another good chance, Berkay Shaini in a great situation, one on one with the opposing goalkeeper failed to score. In the 23rd minute of the match, a penalty for our young players. Gorazd Ristovski is safe from the penalty spot, leading Macedonia with 2:0.

In the continuation of the match, Macedonia continued with the dominant game. In the 65th minute, a goal for a 3-0 advantage. Berkaj Shaini was the scorer of the third goal for Macedonia. By the end of the match, the Cypriot team only managed to reduce the score to 3: 1.