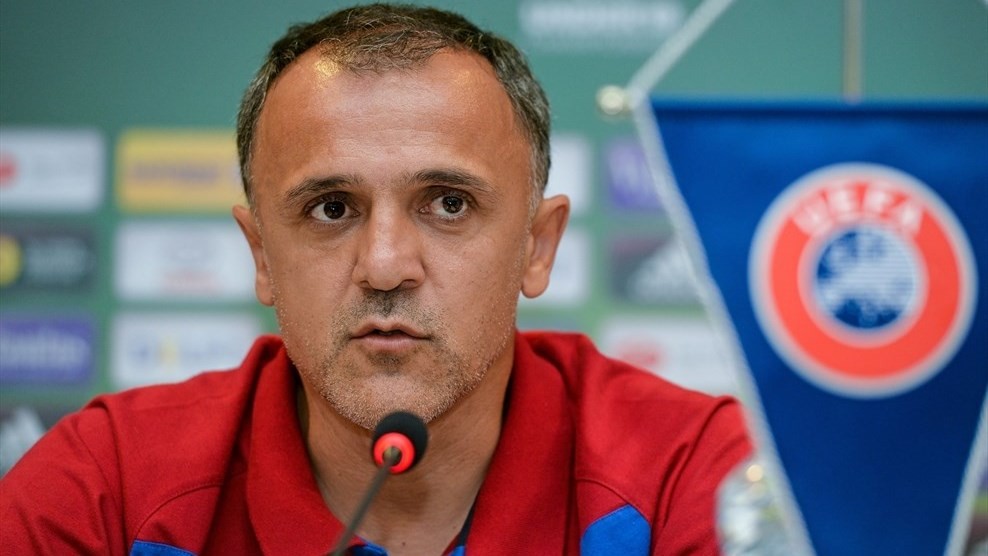 Ljubinko Drulovikj has been appointed the new head coach of the Macedonian A National Team. The former football player of Porto and Benfica and the former player of the Yugoslavia National Team has signed a 2 and a half year contract with FFM.


The decision for the new national team head coach was based on the previously defined terms of the Football Federation of Macedonia. His plan and vision for the Macedonian football, the insights he has on the Macedonian football, his work experience as a football coach and his accomplishments, his public image, his character, as well as his expressed desire to take the position, determined the choice for Ljubinko Drulovikj to become the head coach of the Macedonian national team, who has received the award Best Coach in Serbia in 2013.

-“I have the honor and the responsibility to become the new head coach of the Macedonian National Team. I am very grateful to the President of the Football Federation of Macedonia and the Executive Board of FFM for choosing me for this position. Everyone that knows me, know me that I will do my best to fulfill their expectations, and I will try to prove that I can make a positive change in the Macedonian football. I promise that I and my staff will put our best efforts with the A National Team. There are five more matches in this qualifying cycle and that is a big challenge for us. Nobody can guarantee success, but we can promise to do our best to achieve it. We need more players with strong characters that would make a team that brings positive results.”- stated Ljubinko Drulovikj.

Ljubinko Drulovikj played 38 matches for the Yugoslavia National Team and scored 3 goals. He started his coaching career at the Portuguese Tourizense (2006/07), he was the coach of FC Banat Zrenjanin (2008), as well as Slovenian Drava Ptuj (2008). He was also the head coach of the Serbian U19 National Team and led the team to first place at the European U19 Championship 2013, Lithuania. The same year he received the “Golden Ball” by the Football Federation of Serbia for best coach. In February 2014 he became the national coach - a.i of the Serbian A National Team, where he led the team in four matches. The Serbian A National team under his leadership scored 2 victories (Republic of Ireland 2:1 and Jamaica 2:1), one draw (Panama 1:1) and one defeat (Brazil 0:1).

The Macedonian Football Federation believes in his skills and capabilities, we believe that his character, his professionalism and his professional coaching experience will raise the working standards in our team and will be the coach that in cooperation with his technical staff makes the best choice of team players. We believe that Ljubinko Drulovikj will take this job very seriously and he will create a solid team where individual players will work as a team and they will achieve great success. Our federation will give him the support he needs and will provide him with great working conditions, in order to be successful on the following qualification matches.

The official promotion for Ljubinko Drulovikj as the new head coach of the Macedonian A National team will be on April 28, 2015.