Ljubinko Drulovikj – Together we will bring back hope 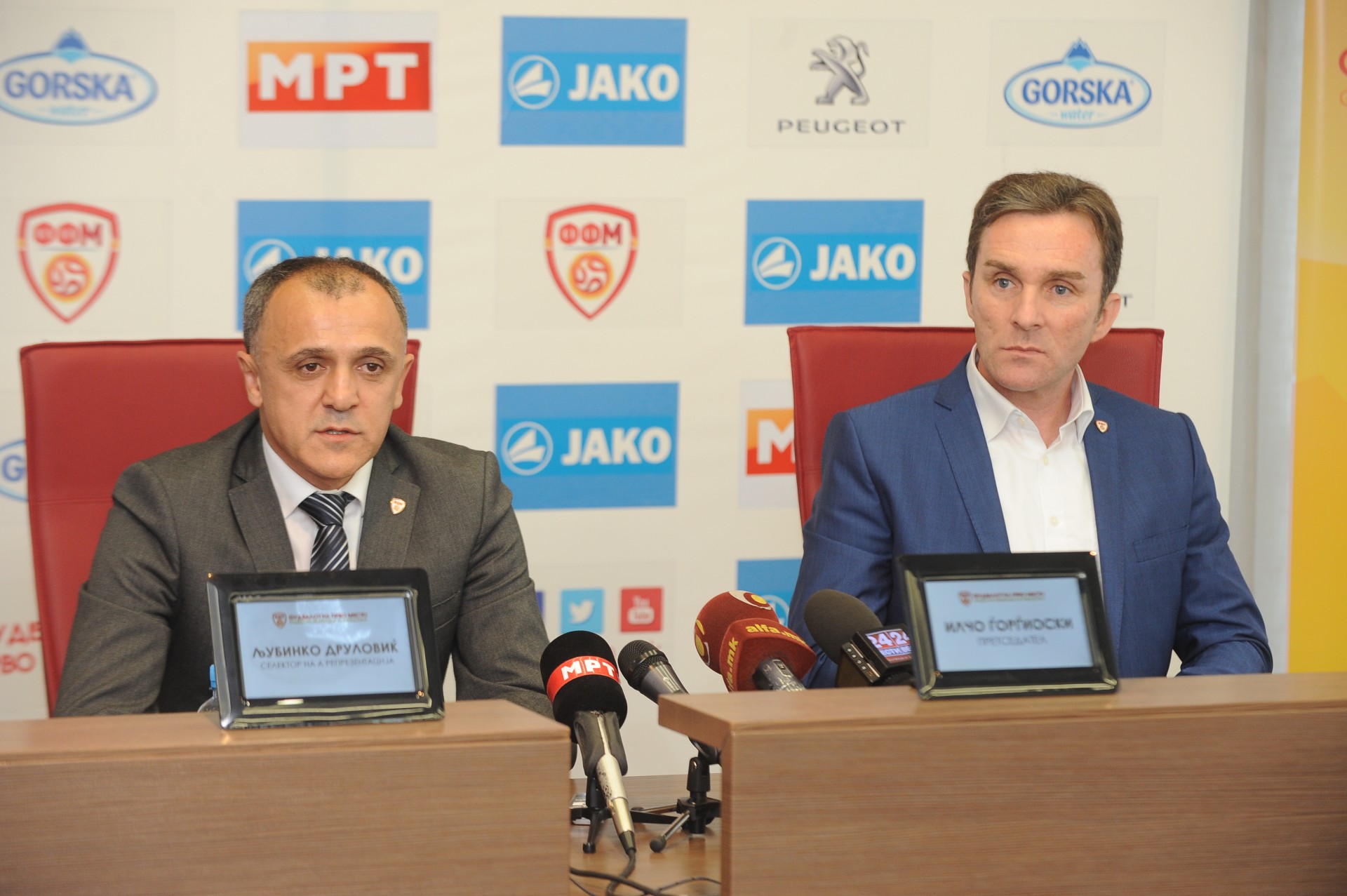 The new head coach of the Macedonian A National Team, Ljubinko Drulovikj, today at the “House of Football” complex in Skopje was officially promoted at his new position.


The former renowned football player form Porto and Benfika and the coach that led the Serbian U19 team to the gold medal of the European Championship, will be the new head coach of the Macedonian A National Team for the next 2 and a half years.

-“Every decision for the new head coach is important, we are all professionals and we depend on our results, we are very glad that we have the chance to introduce a great name in the European football, Ljubinko Drulovikj, as the head coach of our A National Team. Our federation can promise to give Ljubinko Drulovikj all the support he needs and great working conditions which would allow him to focus on his work. We believe in his skills and capabilities, we believe that his character, his professionalism and his professional coaching experience will raise the working standards and bring results.” – stated the President of the Football Federation of Macedonia, Ilcho Gjorgioski.

The members of the coaching staff of the A National Team will be the Portuguese Luis Diogo Campos, the Macedonian champion Igor Angelovski and the former national player Argjent Bekjiri. -“I am grateful to everyone for the support. The decision for me to become the next head coach of the Macedonian national team is a big challenge for me and it is a big responsibility. From this moment on, I promise to give my best to justify everybody’s trust and expectations, and to prove that choosing me as the next head coach is the best thing for the Macedonian football. Together with my coaching staff we will discuss the current situation of the team, we will discuss our points of view regarding football, and we will create an objective analysis and everything necessary to work as a team, because this team has a big job on the field, and that is to give their 100% and fight for positive results. “-stated Ljubinko Drulovikj.

Which changes are you planning to make at the team as the new head coach?

-“We watched the previous matches of the Macedonian team, there were some mistakes and we will try to fix them. At the matches I noticed 11 fighters, but they all fought by themselves. If we work together as a team, then we will have hope, and later will come the success and great results. We need to be united, not only as a team, but as a nation that supports the national team. I am certain that the fans haven’t given up on the national team, and we will be happy if they give us the support we need at the matches. “-stated the head coach of the Macedonian National Team, Ljubinko Drulovikj.