FIFA badges for 2015 rewarded to the Macedonian referees 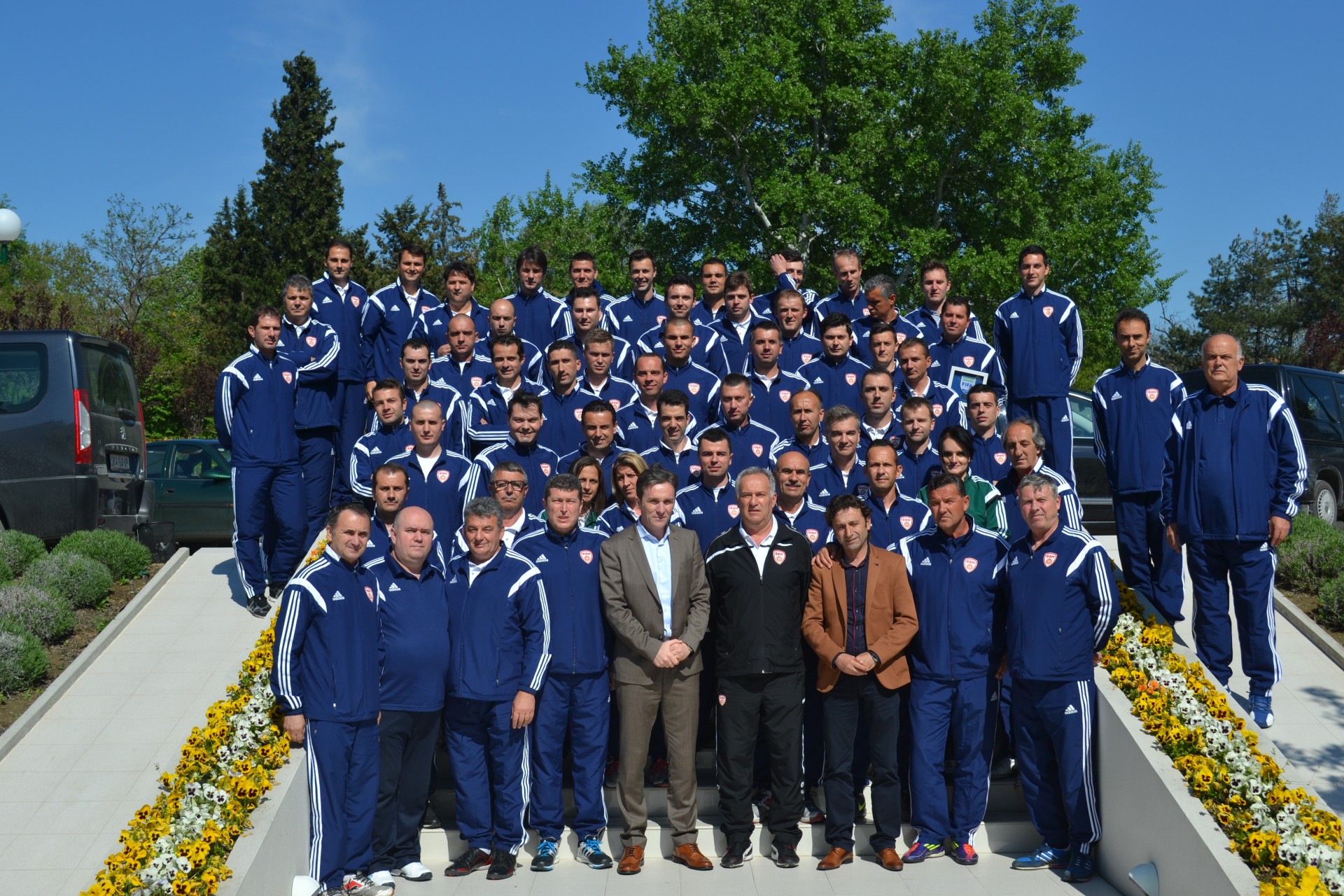 The Football Federation of Macedonia organized a referee seminar on April 29 and April 30 in Veles.


At the beginning of the seminar, the President of the Football Federation of Macedonia Ilcho Gjorgioski, officially rewarded the FIFA badges to the Macedonian referees, assistant referees and futsal referees.

The new ADIDAS referee kit was also presented at the seminar. FFM provided the kit at the beginning of the competition season 2014/2015, and also 2 new communication systems were provided for the six referees to use them during a match at each round of the First Macedonian League along with the vanishing spray.