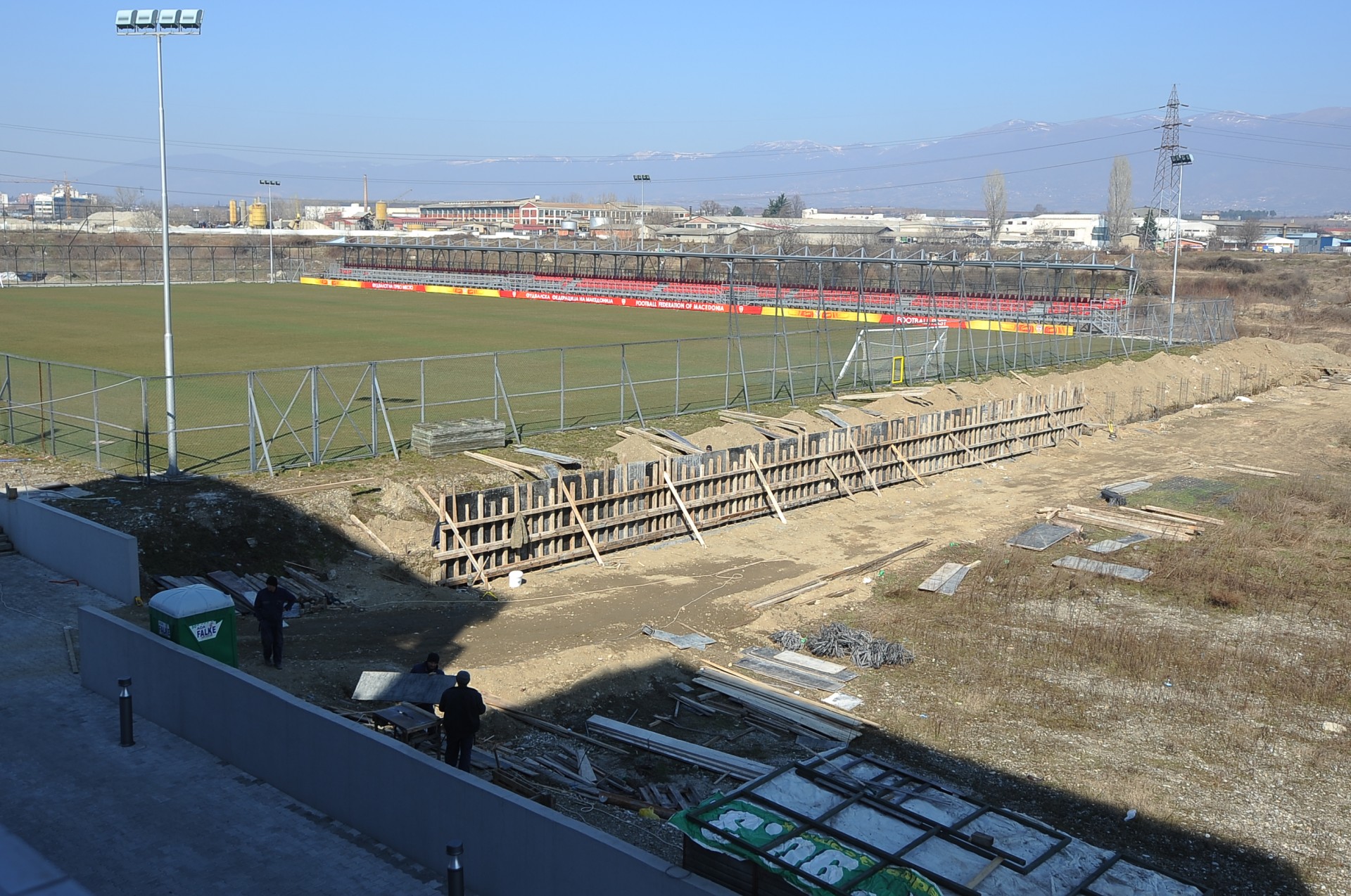 The activities that are related to improving infrastructure of our fields are one of the key goals of the Football Federation of Macedonia.


With UEFA funds from the “Hat-trick 3” program this past period we reconstructed 10 artificial grass fields in various municipalities in Macedonia. The new and ongoing program “Hat-trick 4” involves placing new natural grass as well as placing new flood lighting on five major stadiums in Macedonia. Improved stadiums, better organization of the matches and the mutual responsibility of the stadium owners and the football clubs will result in better behavior during the matches. Based on that, FFM started reconstructing one of the two natural grass fields at the training center “Petar Miloshevski” at the complex “House of Football”. The reconstructed stadium is projected to satisfy the UEFA Category 2 standards, which means that it will satisfy all the criteria for organizing official matches of the youth national teams, including the U21 National Team, as well as matches for the preliminary phases for the UEFA European Cups. The new stadium will have the capacity for 1500 seats, a new stand will be constructed, as well as new changing rooms, premises and offices for officials, a modern fitness center and facility for official guests and foreign delegations.