Captains of change – creating equal opportunities for everyone 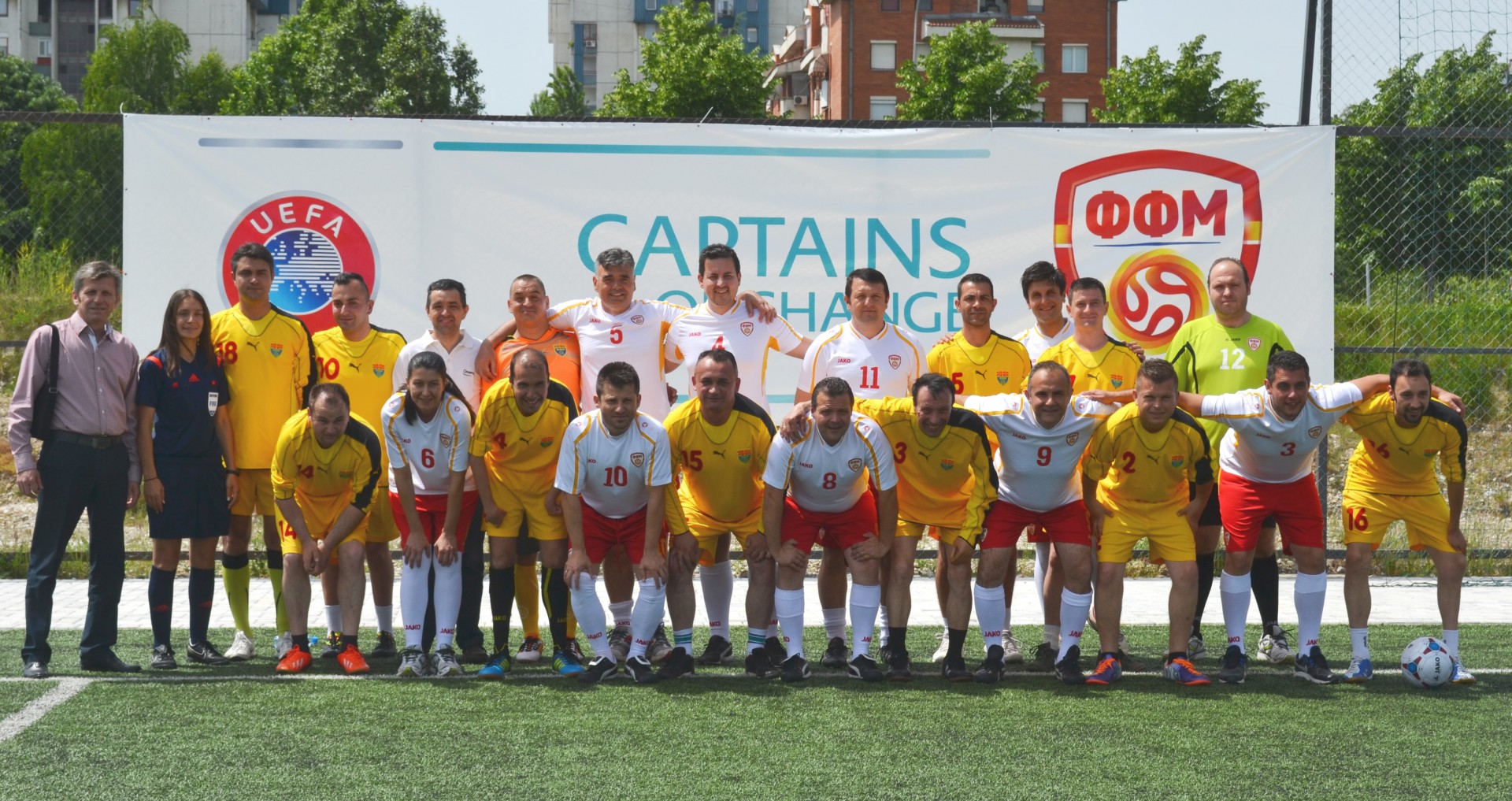 The Football Federation of Macedonia strengthens its support and contribution for a better society with the project “Captains of Change”.


The project “Captains of change” is a UEFA initiative to create equal opportunities for everybody that is involved in the world of football, regardless of sex, religion, nationality or physical competency. The Football Federation of Macedonia supports this project and plans to implement it on different levels, starting with improving the infrastructure of the stadiums, education and activities organized at the federation and the football clubs. FFM has a mission to attract, support and encourage differences in order to develop the football game and the joy that this sport brings. “The project “Captains of Change” encourages creating easy access for people with disabilities to the stadiums and sports facilities in Macedonia and involving them in the social activities. Football is a sport for everybody and should be available for everybody. By modernizing our stadiums we are opening the stadiums for people with disabilities and it would allow them to watch the live matches and be active participants. Many researches show that differences lead to progress and our commitment is to integrate the marginalized groups in football and sports in general.”- stated Filip Popovski, the General Secretary of the Football Federation of Macedonia.

In accordance with this project, this past March, the Football Federation invited people with disabilities to support our national team at the match between Macedonia and Belarus. The youngest of them, were the player’s escort and came out with the national team players at the opening ceremony and during the national anthems. “We appreciate FFM’s initiative for the integration of people with disabilities that have affinity for football. By adjusting the infrastructure, marking parking spaces, bridging the altitude barriers at the entrances of the stadiums, adaptation of adequate space in the stands for people who use a wheelchair to watch sports events, adapting the toilets at the sports facilities in the first league clubs, we will be able to watch football closely, but we would also be able to attend many concerts, spectacles and events that take place in these facilities. People with physical disabilities are neither sick nor incompetent and we are really happy for this opportunity where we can enjoy football in a more dignified way,since football is a global spectacle and the second best thing in life . FFM is breaking the barriers, both architectural barriers and barriers of public awareness, and this commitment deserves respect and appreciation"- stated Branimir Jovanovski, the President of " Mobility Macedonia "and para-Olympic Games gold medal winner in archery.

In accordance with this project, on Friday, May 15, there was a friendly football match between employees from FFM and members from the Association of persons with disabilities “Mobility”. Also there was a lecture by the Association of persons with disabilities, which introduced the staff of FFM with the perceptions, stereotypes and prejudices that they face every day, as well as the opportunities and prospects for extending the cooperation. “This is not a revolution, these are small beginning steps that can lead to development and improvement of our awareness for differences. The primary intention of the project was for FFM to enable physical access to the city stadiums for people with disabilities, where everybody will be welcome to attend the matches.

Since we are discussing the project “Captains of Chance”, we must emphasize the commitment and involvement of UEFA in the overall project. From UEFA we received a significant part of the guidelines and tools in order to strengthen our capacity for making changes. The cooperation with “Mobility” opened new doors for institutional and human cooperation between us and the community of people with disabilities in our country. We are becoming aware of their needs, but also of our abilities to respond to them.

“This is a story that is just starting to develop, but we are excited by watching our project becoming a reality”- stated Irena Bakrevska-Miloshevska, the person in charge of the “Captains of Change” project at the Football Federation of Macedonia.

People with disabilities and FFM employees played a friendly match at the training center “Petar Miloshevski” in Skopje, and later socialized at cocktail party at the Football Federation.