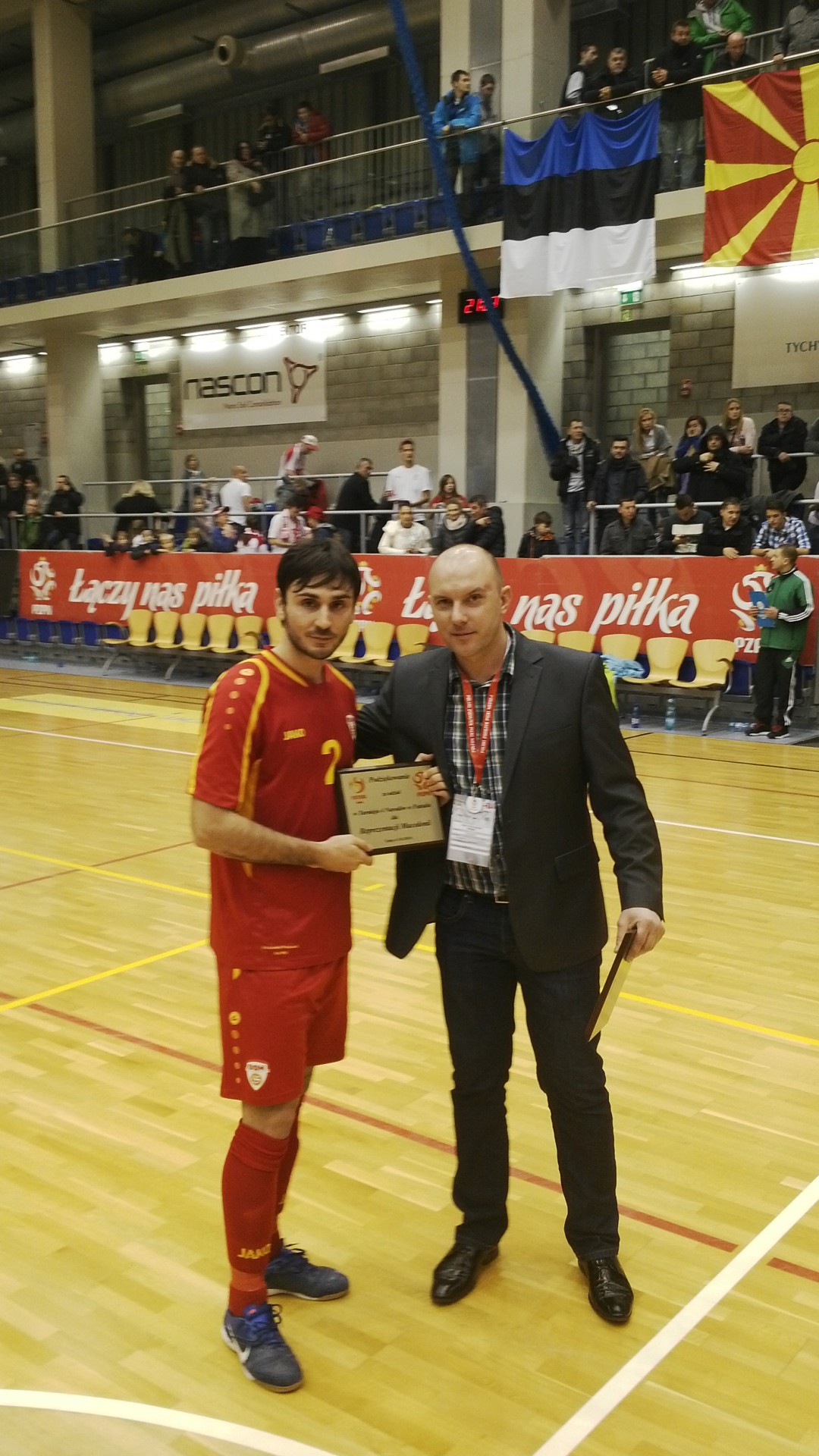 The Macedonian futsal team lost at the finals match against Poland. The blame for the defeat should be on our team for missing many shots in the first half.

At the second half our team dominated the field again.  Martin Todorovski scored the first goal for our team 5 minutes after the start of the second half. After 36’ of the match it seemed as the Polish referees decided that the Polish team must win this finals match. The referees granted Zoran Leveski with a second yellow card, i.e. a red card, for a suspicious foul play which forced our team to play with one less player for 2 minutes. Pavel Budniak scored a goal for the Polish team 3 minutes before the end which led to 2:1 for the Polish team. We responded quickly, Igor Leovski scored a goal at the same minute which led to a draw of 2:2. Our team was very cautious in the last few minutes, we took initiative and we were very careful not to create a 6th foul which would enable the Polish team to score an easy goal. But the referees intervened and in order to create advantage for the Polish team, they granted the 6th foul to our team. Our head coach complained about this decision of the referees and received a red card himself. At the last minute Todorovski had a great shot to even the score, but hit the goal post instead. 30 seconds before the end of the match the referees didn’t see hand play by one of the Polish players and therefore didn’t award our team a penalty shot.

The Macedonian team won the second place of the 4 Nations Futsal Cup, but showed that they have a lot of potential for the forthcoming qualifiers for Futsal EURO 2016, which will be played in Skopje in March.